Our offices are now closed. Please call us tomorrow, or email sales@datasoap.co.uk

The UK government has confirmed its desire to stay compliant with the existing European laws on data regulation, despite Brexit. A paper published by the Department for Digital, Culture, Media and Sport and the Department for Exiting the European Union, demonstrates the clear will of the government to continue collaboration with the EU on the protection of data and its movement in a secure and regulated way.

The UK is willing to remain involved in the shaping of data policies across the EU, through the Information Commissioner’s Office (ICO). The ICO has played a major role in the data policy development for the entire EU, and the UK government is looking to ensure that the organisation continues to contribute positively to the regulatory processes in the future, with its expertise and rich access to resources.

“This responds to the (European) Commission’s call to develop international co-operation mechanisms to facilitate effective co-operation and enforcement of data laws by data supervisor authorities,” the Department for Digital says.

The government is also eager to reach agreement with the EU as early as possible, so that there is minimal disruption to businesses in the UK and on the continent.

"In light of the existing alignment of our data protection frameworks, the UK also believes that a UK-EU model for exchanging and protecting personal data could provide an opportunity to give greater ongoing certainty to business and citizens in both the UK and the EU as to the rules governing future data flows, reducing the risks for business that the basis for data flows is unexpectedly changed”, the paper insists.

The UK also views to guarantee that EU’s adequacy decisions will still apply during flows of data with third countries. This is so because some of the data in question might be coming from EU countries. The Department for Digital says: “Adequacy decisions allow businesses and public authorities to continue to transfer data from the EEA to respective third countries without having to satisfy themselves that adequate safeguards are in place for each transfer.”

Data issues have become a massive issue for authorities in recent years, and there is a clear need for joint efforts to protect the security of citizens across the globe. We hope that the UK and EU will work together and find a reasonable solution that will place the citizens’ rights first.

• TPS Protect app launched to battle nuisance calls • Why is it important to ensure your data is cleansed?

Sign up with Data Soap now and get 100 free data cleansing credits! 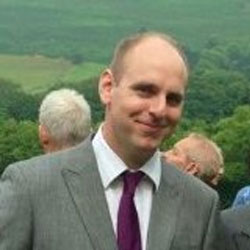 Bryn is our data manager. He is a true guru in database management, with vast experience, exceeding 10 years. Bryn’s all-round expertise in SEO, PPC, link building and web design adds incredible value to the day-to-day running of our products.

Enter any email you would like to validate. The email you enter won’t be used for any marketing purposes.

Enter any UK landline number to check if check if it's live and accepting calls.

Enter any UK landline or mobile number to check if it's registered with TPS, CTPS and our internal DNC list.